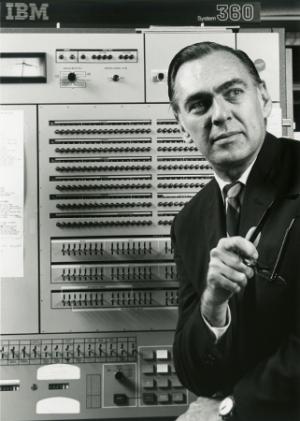 Following the invention of the first electronic digital computer by John Vincent Atanasoff and Clifford Berry in the 1930s and the official formation of the Department of Computer Science in 1969, ISU has paved the way for amazing innovations by contributing ground-breaking research and outreach to support future generations.

1923: Henry Wallace teaches faculty at Iowa State College - Henry A. Wallace (U.S. Vice President January 1941-1945) used an IBM calculating machine while reaching an Iowa State College course to faculty, illustrating how to calculate correlation coefficients and how to use it for weather predictions

1925-1930: John Vincent Atanasoff enrolls at Iowa State with a teaching fellowship and earns his MA in mathematics. He then earns his Ph.D. from the University of Wisconsin. 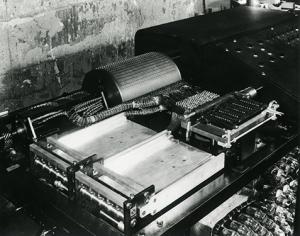 1959: The Cyclone - "The Cyclone," Iowa State University's first high-capacity computation service is built through a collaboration of faculty and students. 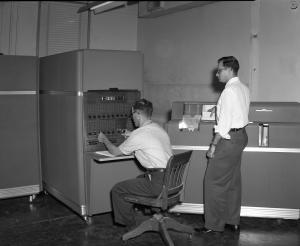 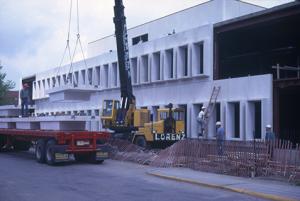 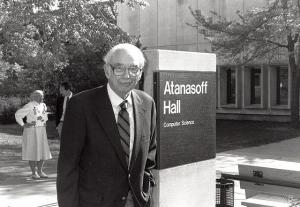 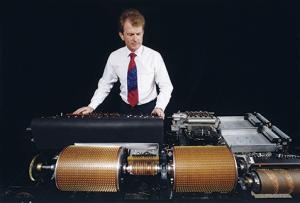 September 1997: ABC Computer replica built - A replica of the Atanasoff-Berry Computer is built, tested, and then displayed in the lobby of Durham Center at Iowa State. The replica was then moved to the Computer History Museum in Mountain View, California.

2019: Department Celebrates 50th Anniversary - During the celebration’s keynote lecture, “Our Digital Future (Through the Lens of the Past),” Douglas Van Houweling (’65 government), explored just how far we’ve come from the days of punch cards and what innovations may be around the corner.

Bamshad Mobasher (’85 computer science and mathematics, MS ’89 computer science, Ph.D. ’94 computer science), professor of computer science and the director of the Center for Web Intelligence at DePaul University’s College of Computing and Digital Media, shared innovative ideas on how providers of online information and services such as Amazon, Netflix and Spotify, can learn from context to enhance their personalized recommender systems.

Doina Caragea (Ph.D. ’94 computer science) gave what would be a particularly prescient lecture in the time of COVID-19. Her talk, “Mining Social Media to Aid Disaster Response,” demonstrated how machine learning solutions have the potential to transform the way in which crisis response organizations operate, and, in turn, provide better support to the victims of disasters in a timely fashion.

Other celebration events included a student alumni luncheon, campus and department tours, a graduate student poster competition and a breakfast where current computer science students had an opportunity to network with individuals from more than 20 employer organizations. The celebration concluded on Friday evening with a banquet dinner at the ISU Alumni Center.

Alumnus and former department chair George Strawn (’69 mathematics) traveled from Virginia to attend the festivities. Strawn, a founding member of the department, said, “It has been a great privilege to have watched the department grow and mature over 50 years. I fully expect the next 50 computing years will be even more exciting than the last 50, and I equally expect ISU’s Department of Computer Science will play a major role in those developments.”