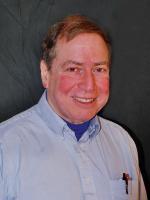 Before joining Avaya Labs, he was the head of the Software Production Research Department at Lucent Technologies Bell Laboratories, which conducted research on how to improve the effectiveness of software development. Prior to Bell Labs, he was Director of the Reuse and Measurement Department of the Software Productivity Consortium (SPC), a consortium of 14 large U.S. aerospace companies. Before SPC Dr. Weiss spent a year at the Office of Technology Assessment, where he was co-author of a technology assessment of the Strategic Defense Initiative. During the 1985-1986 academic year he was a visiting scholar at The Wang Institute and for many years was a researcher at the Computer Science and Systems Branch of the Naval Research Laboratory (NRL), in Washington, D.C. He has also worked as a programmer and as a mathematician. Dr. Weiss is a senior member of the IEEE.

Dr. Weiss's principal research interests are in the area of software engineering, particularly in software development processes and methodologies, software design, and software measurement. His best known work is the goal-question-metric approach to software measurement, his work on the modular structure of software systems, and his work in software product-line engineering as a co-inventor of the Synthesis process, and its successor the FAST process. He is co-author and co-editor of two books: Software Product Line Engineering and Software Fundamentals: Collected Papers of David L. Parnas. Papers on which he has been co-author have three times won retrospective awards, twice from the IEEE and once from the ACM.