Martin Hellman, Professor Emeritus of Electrical Engineering at Stanford University, will be the 2019-20 Robert Stewart Distinguished Lecturer in the Department of Computer Science. His lecture will take place on November 20th at 7 pm in the Sun Room of Memorial Union, Iowa State University. A reception will follow.

Dr. Hellman is best known for his invention, with Whitfield Diffie and Ralph Merkle, of public key cryptography.  The technology, among other applications, enables secure Internet transactions and is used to transfer literally trillions of dollars every day.  For this invention and the development of a practical cryptography key exchange method, Dr. Hellman (jointly with Whitfield Diffie) received 2015 A. M. Turing Award, known as the “Nobel Prize of Computing,” from the Association for Computing Machinery.    Dr. Hellman is a member of the U.S. National Academy of Engineering.  His many honors and awards include inductions as a “Stanford Engineering Hero” and to the National Inventors Hall of Fame and the Silicon Valley Hall of Fame, and the IEEE Hamming and Centennial Medals.

With a deep interest in the ethics of technology, Dr. Hellman has been applying risk analysis to a potential failure of nuclear deterrence, with findings summarized in a recent report titled “Rethinking National Security”.  In this upcoming lecture, he will be arguing that national security is inseparable from global security in this era of nuclear weapons, cyberattacks, terrorisms, and environmental crises. He will be calling on U.S. citizens and policymakers to take a wider view of global issues.

The Robert Stewart Distinguished Lecture was established in 2003 by Kimmy and Dr. Long Nguyen (Ph.D. computer science ‘75), in honor of his mentor, Dr. Robert Stewart, Professor Emeritus and the first department chair in Computer Science at ISU.  Nguyen named the lecture after Stewart in recognition of his outstanding dedication to the profession of computer science and his many years of mentoring and friendship. 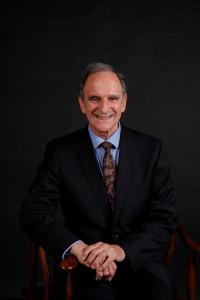