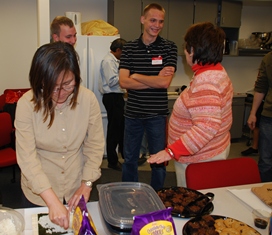 Computer Science/Software Engineering Club is the undergraduate student club for Computer Science and Software Engineering students. During the fall and spring semesters, CSE Club hosts meetings with industry recruiters and companies seeking interns for summer and full time employees. CSE Club also holds a variety of social events for computing students and helps to organize teams for the ACM ICPC contest each year. The club advisor is Dr. Simanta Mitra. For more information on CSE Club please visit their website or their Facebook page, or email them at csclub at iastate.edu. 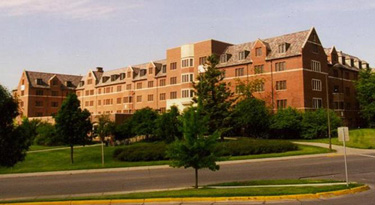 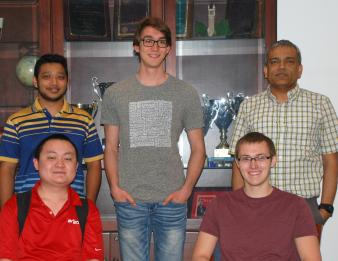 ISU competes each fall in the regional contest for the IBM sponsored, ACM-ICPC. The CSE Club organizes practice competitions in September and October to prepare for the regionals, usually held around the end of October or the first weekend of November. The ISU Computer Science Department has sent teams to the ACM ICPC World Finals during 2009, 2012, 2014, 2015 and 2016 to compete against other teams from some of the top ranked schools in computing around the world. Interested in participating? Contact CSE Club, or Dr. Simanta Mitra, ICPC team coach.

At right: Students are ready to compete in the 2016 ACM ICPC World Finals.