Oak Nation Armada is one of only 55 teams to advance and is as one of the top university competitive programming teams that will compete for medals, rankings, and to become the 2020 ICPC North America Champions.

The 2020 ICPC North America Championship is hosted by the College of Computing at the Georgia Institute of Technology from February 19-23, 2020 in Atlanta, Georgia. 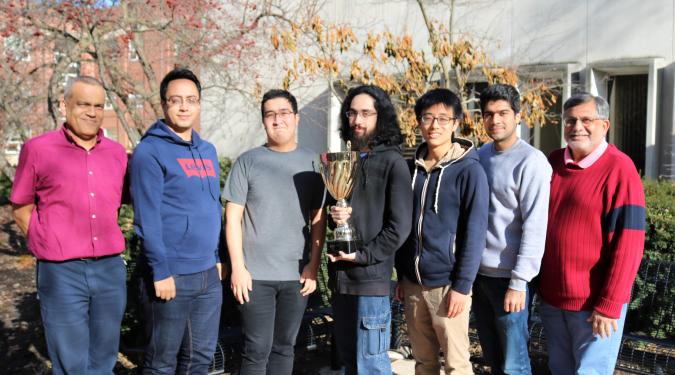 Below is a list of teams that participated in the ICPC Regional Programming Competition, North Central North America region (ISU Site).

Thanks and Congratulations to all participants!

In the entire region, Team "Oak Nation Armada" ranked fourth  (out of 180 teams) having solved 6 problems and have earned their place at the upcoming North America Championship to be held in February at Georgia Tech, Atlanta. If they do well there, they will be able to the world finals to be held in June at Moscow. Congratulations!