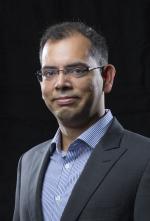 Abstract: This project will study a class of machine learning algorithms known as deep learning that has received much attention in academia and industry. Deep learning has a large number of important societal applications, from self-driving cars to question-answering systems such as Siri and Alexa. A deep learning algorithm uses multiple layers of transformation functions to convert inputs to outputs, each layer learning higher-level of abstractions in the data successively. The availability of large datasets has made it feasible to train deep learning models. Since the layers are organized in the form of a network, such models are also referred to as deep neural networks (DNN). While the jury is still out on the impact of deep learning on the overall understanding of software's behavior, a significant uptick in its usage and applications in wide-ranging areas and safety-critical systems, e.g., autonomous driving, aviation system, medical analysis, etc., combine to warrant research on software engineering practices in the presence of deep learning. One challenge is to enable the reuse and replacement of the parts of a DNN that has the potential to make DNN development more reliable. This project will investigate a comprehensive approach to systematically investigate the decomposition of deep neural networks into modules to enable reuse, replacement, and independent evolution of those modules. A module is an independent part of a software system that can be tested, validated, or utilized without a major change to the rest of the system. Allowing the reuse of DNN modules is expected to reduce energy- and data-intensive training efforts to construct DNN models. Allowing replacement is expected to help replace faulty functionality in DNN models without needing costly retraining steps.

The preliminary work of the investigator has shown that it is possible to decompose fully connected neural networks and CNN models into modules and conceptualize the notion of modules. The main goals and the intellectual merits of this project are to further expand this decomposition approach along three dimensions: (1) Does the decomposition approach generalize to large Natural Language Processing (NLP) models, where a huge reduction in CO2e emission is expected? (2) What criteria should be used for decomposing a DNN into modules? A better understanding of the decomposition criteria can help inform the design and implementation of DNNs and reduce the impact of changes. (3) While coarse-grained decomposition has worked well for FCNNs and CNNs, does a finer-grained decomposition of DNNs into modules connected using AND-OR-NOT primitives a la structured decomposition has the potential to both enable more reuse (especially for larger DNNs) and provide deeper insights into the behavior of DNNs? The project also incorporates a rigorous evaluation plan using widely studied datasets. The project is expected to broadly impact society by informing the science and practice of deep learning. A serious problem facing the current software development workforce is that deep learning is widely utilized in our software systems, but scientists and practitioners do not yet have a clear handle on critical problems such as explainability of DNN models, DNN reuse, replacement, independent testing, and independent development. There was no apparent need to investigate the notions of modularity as neural network models trained before the deep learning era were mostly small, trained on small datasets, and were mostly used as experimental features. The notion of DNN modules developed by this project, if successful, could help make significant advances on a number of open challenges in this area. DNN modules could enable the reuse of already trained DNN modules in another context. Viewing a DNN as a composition of DNN modules instead of a black box could enhance the explainability of a DNN's behavior. This project, if successful, will thus have a large positive impact on the productivity of these programmers, the understandability and maintainability of the DNN models that they deploy, and the scalability and correctness of software systems that they produce. Other impacts will include: research-based advanced training as well as enhancement in experimental and system-building expertise of future computer scientists, incorporation of research results into courses at Iowa State University as well as facilitating the integration of modularity research-related topics, and increased opportunities for the participation of underrepresented groups in research-based training.