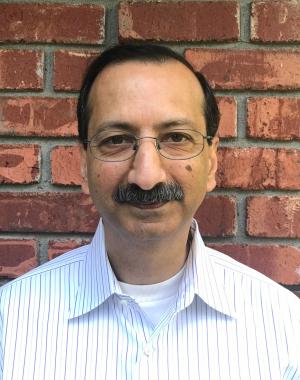 [AMES, IOWA, October 25, 2019—] Gagan Chopra, a group program manager and a member of the Technical Leadership Team in Microsoft’s Search and Advertising division, has received the Distinguished Alumni Award from the Department of Computer Science. Chopra received the award at an awards and honors ceremony on Thursday, October 24, 2019 in Ames, Iowa.  The award recognizes outstanding alumni from the Department of Computer Science in the College of Liberal Arts and Sciences at Iowa State.

Chopra has contributed extensively toward the expansion of Bing and Bing Ads from one product and one market to multiple product lines across the global market with a revenue stream of more than $8 billion.

It was while serving in this role that Chopra established Microsoft’s foundation for collecting and utilizing big data for algorithms, which led to the launch of several successful search and advertising product lines, including Bing Shopping, Ad Extensions, Product Ads, Microsoft Personal Shopping Assistant and Sponsored Products.

Though Chopra’s current focus is on Artificial Intelligence (AI) and big data-driven consumer and marketing solutions, he spent the first half of his career at Microsoft as a software architect and design engineer. While he was a product unit manager, Chopra led the team that brought Microsoft’s first mobile business solution release to market. He also was an early member of Microsoft’s Enterprise Computing team where he helped to design, develop and lay the foundation that brought high performance transaction processing to PCs. He is an inventor on six patents for constructs developed at Microsoft.

Chopra received his bachelor’s and master’s degrees in computer science from Iowa State.

Chopra is a lifetime member of the ISU Alumni Association, a member of the Order of the Knoll and serves on the College of Liberal Arts and Sciences Dean’s Advisory Council.

About the College of Liberal Arts and Sciences