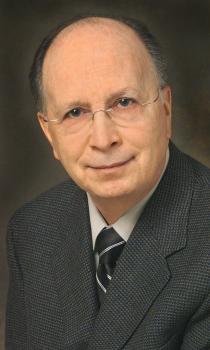 The Computer Science Department is sad to learn of the passing of our former faculty, Dr. Alan Selman, who passed away on Jan 22, 2021.  Dr. Alan L. Selman is a pioneer in the field of structural complexity and made seminal contributions while laying the foundations of the field.

After getting his bachelor's at City College of New York and master's at the University of California, Berkeley, he earned his Ph.D. in Mathematics from Pennsylvania State University in 1970.  After postdoctoral work at Carnegie-Mellon University, he joined Florida State University as an Assistant Professor in the Mathematics Department. He moved to Iowa State University in 1977, where he spent the next nine years in the Department of Computer Science, ascending to the rank of professor.  During his four years with the Northeastern University, he served as Professor and Acting Dean.  In 1990, he joined University at Buffalo to serve six years as department chair and then as a professor until he retired in 2014.  Over his long accomplished career, Alan supervised many Ph.D. students and mentored many more students, postdoctoral researchers, and faculty.

In addition to his research, he served on numerous boards and committees for major scientific organizations, including editorial boards for Journal of Computer and System Sciences and Chicago Journal of Theoretical Computer Science. He has served as Editor-in-Chief of Theory of Computing Systems.

Alan had a lasting impact on our department. During his stay at Iowa State University, he co-founded the computational complexity conference, then called structure in complexity theory, conference. He was the first chair of the conference that was held in 1986. Alan had been a mentor and friend to several of our faculty. The book he co-authored with Steve Homer was used as the textbook in one of our graduate core courses for several years.

The department sends our condolences to the family of Dr. Alan Selman.