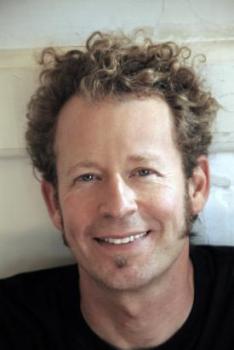 Bio: Ken Goldberg is the William S. Floyd Distinguished Chair in Engineering at UC Berkeley and an award-winning roboticist, filmmaker, artist and popular public speaker on AI and robotics. Ken trains the next generation of researchers and entrepreneurs in his research lab at UC Berkeley; he has published over 300 papers, 3 books, and holds 9 US Patents. Ken’s artwork has been featured in 70 art exhibits including the 2000 Whitney Biennial. He is a pioneer in technology and artistic visual expression, bridging the “two cultures” of art and science. With unique skills in communication and creative problem solving, invention, and thinking on the edge, Ken has presented over 600 invited lectures at events around the world.

Ken has been interested in robots, rockets, and rebels since he was a kid. He’s skeptical about claims that humans are on the verge of being replaced by Superintelligent machines yet optimistic about the potential of technology to improve the human condition. Ken developed the first provably complete algorithm for part feeding and the first robot on the Internet. In 1995 he was awarded the Presidential Faculty Fellowship and in 2005 was elected IEEE Fellow: "For contributions to networked telerobotics and geometric algorithms for automation." Ken founded UC Berkeley's Art, Technology, and Culture public lecture series in 1997 serves on the Advisory Board of the RoboGlobal Exchange Traded Fund. Ken is Chief Scientist at Ambidextrous Robotics and on the Editorial Board of the journal Science Robotics. He served as Chair of the Industrial Engineering and Operations Research Department and co-founded the IEEE Transactions on Automation Science and Engineering. Short documentary films he co-wrote were selected for Sundance and one was nominated for an Emmy Award. He lives in the Bay Area and is madly in love with his wife, filmmaker and Webby Awards founder Tiffany Shlain, and their two daughters.

After the presentation, there will be a short time for discussion and questions afterwards.