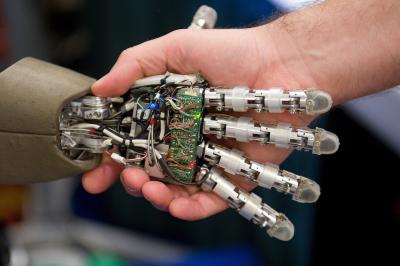 Wallapak Tavanapong, professor in the Department of Computer Science, developed software that uses artificial intelligence (A.I.) to provide doctors with real-time feedback during colonoscopies. The technology aids the improvement and thoroughness of the colon examination, which could boost polyp-detection rates and lead to better patient outcomes.

“It’s incredible to be a part of research that makes an impact and can be translated into something that helps a lot of people,” said Tavanapong.

The A.I. software is currently in phase-one clinical trials with the National Institutes of Health (NIH) and provides physicians with a powerful tool in the fight against colorectal cancer. According to the Centers for Disease Control and Prevention, colorectal cancer is the third-leading cause of cancer-related deaths in the United States.

Using machine-learning algorithms, the software indicates when a colonoscopy is performed too quickly or if the colon mucosa contains fecal matter that may conceal polyps or cancerous growths. The software also promotes better inspection techniques by encouraging doctors to examine all areas inside the colon.

“When the doctor moves the camera slower or looks around more, they will do a better job of detecting hard-to-spot polyps which could be cancerous,” Tavanapong said. “This technology was designed to help doctors perform colonoscopies with the utmost effectiveness in ways that reveal clearer views of the colon as well as areas of concern.”

During a colonoscopy, a thin, flexible endoscope with a tiny camera at the tip is inserted into the rectum. While the camera advances through the colon—which is about 5 feet long—it generates images of the colon lining.

Tavanapong’s software is virtually synched with the endoscope camera. The machine-learning algorithms analyze the images from the endoscope video processor. Critical insights about the images are revealed and provide on-the-fly feedback to the doctor throughout the procedure.

Several software modules translate colors, grayscale and image clarity into information, which prompts the doctor to slow the procedure or clean the remaining stool. Numerical feedback appears on the side of the screen, signaling to the doctor when actions could be improved.

“Imagine you’re backing out of a tunnel, which is exactly what the doctor does during a colonoscopy,” Tavanapong said. “Pointing the camera in different directions, inspecting all sides and looking increases the score and confirms to the doctor that they are doing a good job.”

In effect, the software is like a built-in second opinion and scorekeeper, providing instant recommendations and objective feedback to the doctor.

In 2003, Tavanapong began researching the possibility of using artificial intelligence to improve colonoscopies. While discussing these ideas with a gastroenterologist at the Mayo Clinic, she learned that no such software existed.

Discovering this unmet need created a light-bulb moment for Tavanapong.

“This was an exciting opportunity. I was very happy to know that I could develop software that doctors were really wanting, but no one had created yet,” she said. “I’ve always been interested in making data useful and we’ve worked very hard on this for many years.”

This promising research has earned Tavanapongfunding and support from the NIH and the National Science Foundation (NSF).

“So far, the feedback from participating doctors has been encouraging and hopefully the process will continue to move forward,” she said. “It’s very rewarding to know that your ideas and research could be used to make a difference.”

Tavanapong, who joined Iowa State University in 1999, holds a U.S. patent on colonoscopy video processing for quality metrics determination. She is co-founder and Chief Technology Officer of EndoMetric, a software company that offers computer-aided technology for colonoscopies. She’s won several awards for her clinical and computer science research.