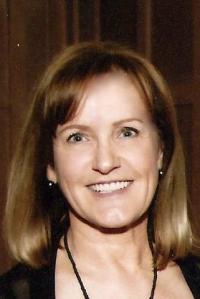 Kathy Hahn Davidson was a member of the first graduating class of computer science at Iowa State, which makes her not only a distinguished alumna, but a historic one. In October, Kathy was presented with the Distinguished Alumni Award from Iowa State’s Department of Computer Science.

Davidson graduated with a bachelor’s degree in computer science from Iowa State in 1973. She joined Hewlett Packard (HP) as a research and development (R&D) software engineer while simultaneously pursuing a graduate degree in computer engineering from Stanford University. In her nearly 30 years with HP, Davidson held many R&D and management positions, until she was tasked with shepherding in the new millennium as HP’s worldwide director of HP/Agilent Technology’s Year 2000 Product Program. In this role, she spearheaded HP’s Y2K product efforts and launched the Y2K Program Office to meet product compliance objectives across 187 product lines.

Davidson was instrumental in developing many innovative products and programs during her time at HP. She was the driving force behind the design, development and maintenance of operating systems and networking products for HP 1000, 3000 and 9000 systems/servers. She created and managed the HP9000 Customer Advocacy Program and Technology Advisory Board to help improve customer relationships with R&D teams and to drive requirements for new systems.

Her work at HP paved the way for products and software that we use today which allowed for advancements in every aspect of our lives. After leaving HP in 2000, Davidson joined Network Appliance (now NetApp) as the Senior Director of Operating Systems Engineering before consulting for startups like Test Lab Technologies and Sagere Group. Davidson retired in 2003.

Davidson has recruited many Iowa State graduates to HP and helped drive HP computing equipment donations to the University. She is a lifetime member of the ISU Alumni Association and is funding an Iowa State University Foundation scholarship for female computer science majors.

“My career success was built on the solid foundation from ISU and the academic challenges that prepared me for the opportunities in the high-tech industry,” said Davidson.