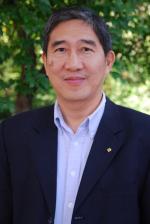 Carl Chang retired from the Department of Computer Science after a dedicated 20 years as a professor and former department chair. Chang served as department chair from 2003 to 2013, one of the longest appointments in that role in the history of the department.

Chang earned his PhD. from Northwestern University in 1982, following which he became an assistant professor at the University of Illinois at Chicago where he remained from 1984-2001.

He started as the department chair in the Department of Computer Science at Iowa State where he rejuvenized the department to expand the Ph.D. program from 30 to 100 Ph.D. students at its peak during his tenure as the chair. Over the span of his illustrious career, he authored or co-authored nearly 150 papers, delivered over 75 seminars and keynote presentations, and taught over 100 courses.

During his terms as the chair, he promoted two full professors, twelve associate professors, four senior lecturers, and cultivated six NSF CAREER awardees. The department continued to grow in faculty size and strength and engaged heavily in interdisciplinary research. Today, computer science at Iowa State has visibly moved up in its national ranking and signiﬁcantly improved its academic reputation with a globally recognized faculty which could not have been done without the continued support of Chang.

His research efforts span software architecture, requirements engineering, services computing and successful aging. He has published extensively in these areas in journals, refereed conferences, and various column articles and editor’s messages. To date, 22 visiting scholars from foreign countries have been hosted for joint research in Chang’s labs. Chang was a popular academic advisor with many students, having produced 38 Ph.D. dissertations, 31 M.S. theses, and more than 200 M.S. projects.

Chang has been an active volunteer leader in the IEEE Computer Society for almost three decades, even having served as president of the society in 2004. As an IEEE Fellow, he received the Computer Society's Outstanding Contribution Award, Meritorious Service Award, and the Golden Core Award, in addition to the IEEE Third Millennium Medal.

Not only is he an IEEE fellow, but he is also a Fellow of the American Associate for the Advancement of Science (AAAS), recipient of the prestigious Marin Drivnov Medal from the Bulgarian Academy of Science, and recipient of IBM faculty awards in 2006, 2007, and in 2009, recipient of the 2012 IEEE Richard E. Merwin Medal, awarded the 2014 Distinguished Alumnus from his alma mater, National Central University in Taiwan, and the recipient of the 2014Overseas Outstanding Contributions Award by the China Computer Federation (CCF), the largest professional association in China.

“I have never regretted having chosen a professor’s life journey ﬁlled with excitement and gratefulness. Excitement which propelled me to conduct research which leads to a never-ending path into the unknown, and gratefulness which was derived from many days and hours spent with my students who I cherish very much,” Chang said.

The Department of Computer Science at Iowa State is forever changed because of the service and dedication of Chang. He leaves a lasting impact on our department and on the landscape of computer science.

We are very interested in cementing his legacy in our department, e.g. by establishing a scholarship or an endowed professorship. If you are interested in helping us do so, please contact csdept@iastate.edu. 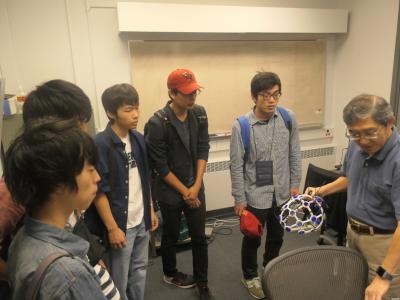 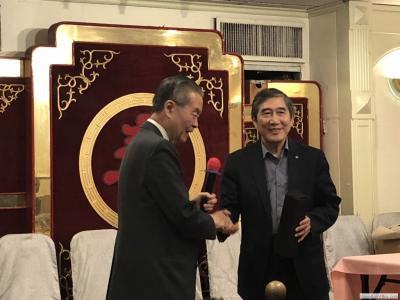